Exotic Metropolis with a Lot of Attractiveness 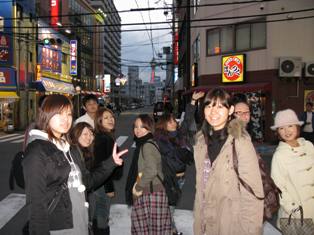 Some might argue “Osaka doesn’t have history.” or “Osaka is not cool.” Are they correct ?
In reality, Osaka is an exotic and attractive metropolis, never found in other part of Japan. Historically, the metropolis has nurtured commoners’ culture among merchants from the Middle to the Modern Age. The most remarkable example is the Bunraku Puppet Theater, designated as the UNESCO’s World Intangible Cultural Heritage. In addition, Kabuki and Noh have both been enhanced in Osaka.
The Modern Age saw Osaka turning into the biggest industrial city in Japan as the great drive force for modernization of the country, while fostering the tradition of the common culture. The richer this water capital became, the richer its culture got.
You can not find such common culture even in the latest guidebook. So, it is extremely difficult for a foreign individual tourist to experience “everyday life” or “subtle but extraordinary festivities” of Osakans.
The Osaka Community Tourism Promotion Organization, consisting of the Osaka City Government, the Osaka Convention & Tourism Bureau, the Osaka Chamber of Commerce & Industry and the Aqua Metropolis Osaka 2009 Executive Committee, has offered walking tours called “Osaka Asobo! (Let’s Enjoy Osaka!)” with cooperation from local residents as the tour guides.
In the new season of “Osaka Asobo! ’09 Spring” starting on April 19, students of Prof. Yoshihisa Matsumura’s seminar at the Hannan University will plan and guide the walking tours for foreign tourists.
Find and enjoy new charms of Osaka with student guides you can never experience in an ordinary tour ! 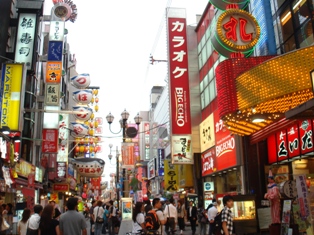 1. Walking through the back lanes in Osaka’s Entertainment Area
(Dotombori, Sennichimae, and Nippombashi)
Tuesday April 21, 2009
Dotombori and Sennichimae are the most vigorous and historic entertainment areas in Osaka, which is introduced in the famous guidebook “Lonely Planet”. The Area was located at the southern end of downtown Osaka in the 17th and 18th century, where big merchants came by boat and enjoyed themselves with a lot of attractions such as theaters and entertainments.
There are many back lanes with attractive spots in these areas. These lanes are the “hidden gems” in Osaka. In this tour, you will walk around these back lanes in Dotombori and Sennichimae, experiencing the present and the past of Osaka. 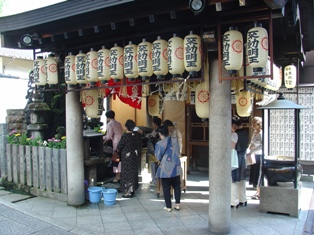 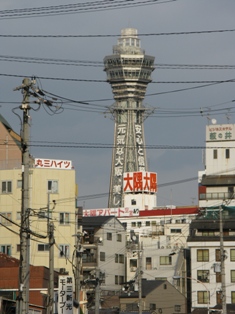 2. Walking through the “Deep South” of Osaka
(Tennoji and Shin-Imamiya)
Thursday May 21, 2009
The area stretching from Tennoji to Shin-Imamiya on the southern side of JR Osaka Loop Line is a home to symbolic entertainment zone of the 20th century and residential zones from before the World War II, where you can feel the real and everyday life of Osakan people. In Osaka, Dotombori and nearby areas are also known as “Minami,” which means “South” in Japanese, and some refer to the area around Tennoji, further south of Minami Area, as the “Deep South” of Osaka.
This area is surely the “deepest” in Osaka full of discoveries, which sometimes surprises, touches and impresses Japanese and even Osakan people. In this tour, you will simulate the everyday life in downtown Osaka, walking through the streets of “deep” Osaka. After the tour, optional friendship party is also available only with actual cost. 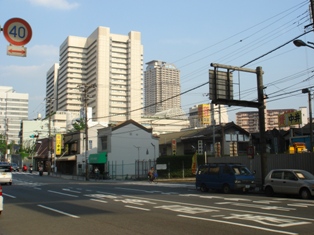