The Basque Country is a small region in south-western Europe.
It has seven provinces, four in Spain and three in France (see Map 1). 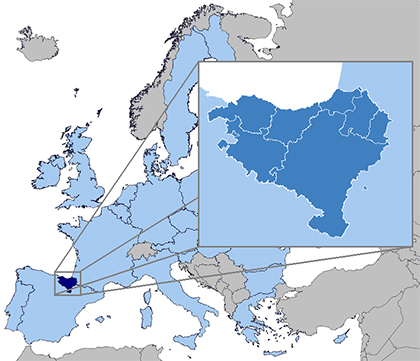 Map 1. Location of the Basque Country in Europe (Source: Wikimedia Commons, Zorion)
The Basque Country is home to one of the most unique languages in the world, Basque. Basque is the oldest language still in use in Europe, and amazingly is not related to any other language in the world. It is known as a language isolate.
Unfortunately, over time the Basque language has become dominated by French and Spanish, becoming a minority language in its own homeland. At one point, not so long ago, it was thought that the Basque language would simply die out.
However, over the last 40 years, through a great deal of hard work and through educational and social policy, the Basque language has been revived and normalised in some parts of Basque society, especially in the Basque Autonomous Community (BAC). The BAC is a part of Spain, and it comprises the provinces of Alava, Bicay and Gipuzkoa (see Map 2). 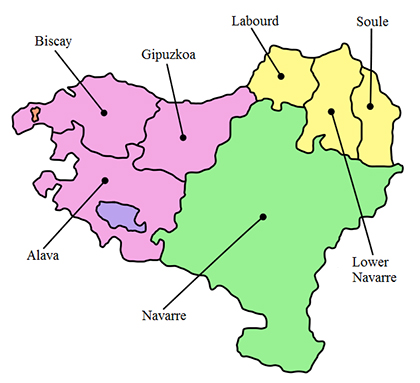 Until this effort was made, most people living in the area were monolingual Spanish speakers. Now, most people under the age of around 40 are bilingual to a greater or lesser extent.
In recent years, English has also become a common part of school education. At some schools, different subjects are taught in one of three languages. For example, maths and history might be taught in Basque, geography and music in English and PE and science in Spanish.
These efforts at improving language education have proved very successful. This suggests that we in Japan can learn something from the experiences of people in the Basque Autonomous Community and improve the quality of English language education in Japan.
At the forum, Martin Parsons, from the Faculty of Business, explained the historical background of the BAC and talked about some of the different policies and educational approaches adopted there. Following this, Jone and Susana talked about their own educational experiences and the projects they are working on, both in the BAC and in Europe.
We hope this will be the first of many interesting International Forums at Hannan University.

Those presentations were pretty amazing. Almost all the things were new and fun for me. Spanish teachers introduced their website that they are using in their school. Every single genre's stuffs can be used via website and they all are written in English. Their students often have collaboration activities with foreign countries' students. I'm really happy to have that great learning opportunity with Basque students. Thank you.